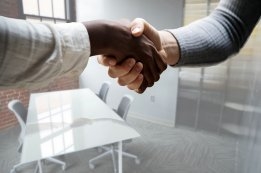 The new hire is based in Geneva. File Image / Pixabay

Aldo Marletta has joined the company as a bunker trader in Geneva from the start of April, according to an update to his LinkedIn profile.

Marletta previously served on the chartering team at United Maritime Logistics, and before that had been a shipbroker for Bravo Tankers and Simpson Spence Young.

Trafigura, Frontline and Golden Ocean joined forces to launch TFG Marine last year. In December the company said it had increased its bunker sales to 540,000 mt/month, and would look to add bunker operations in the US Gulf, the Mediterranean, South Africa, the Middle East, China and South Korea in 2021.

The ship -- formerly operating as a conventional bunker barge under the name Oslo Tank -- has been remodelled as an LNG bunkering vessel under the name Bergen LNG.

Singapore has long been the world's largest hub for conventional bunker fuels, with annual sales close to 50 million mt in 2020, but has been slower than some ports in Europe to build up LNG bunker demand.