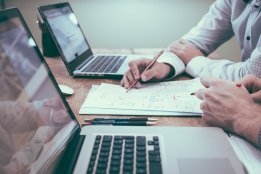 TFG Marine, the new bunker supplier launched jointly by commodity trader Trafigura and shipping firms Frontline and Golden Ocean, is now selling more than half a million tonnes of fuel per month.

By the end of September the firm's bunker sales reached 540,000 mt/month in about 300 trades per month, Trafigura said in its annual report Wednesday. The supplier operates from 12 physical bunkering locations.

The company plans to add bunker operations in the US Gulf, the Mediterranean, South Africa, the Middle East, China and South Korea next year, Trafigura said.

TFG also plans to start supplying marine biofuels to customers at Amsterdam, Rotterdam and Flushing from the first quarter of 2021.

Trafigura has not published separate accounts for TFG Marine, but Golden Ocean has shed some light on the firm's finances.

10 More LNG-Fuelled VLCCs On the Way

The order would be the largest in the world to date for gas-powered tonnage in the tanker segment.