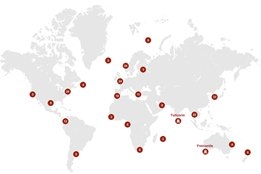 With less than six months to go before the new global 0.50% sulfur cap comes into force, BMS United has launched a new tool to show which markets will have availability of the new IMO2020 grade bunker fuels.

The tool, which free to access and requires no registration, is available through the BMS United website at http://bmsunited.com/Core-Services.aspx

Antonis Xiros, Group Director at BMS United, commented the new tool will help ease some of the concern over product availability as the industry heads into the new IMO2020 era.

With compliant VLSFO bunkers looking to be priced at a discount to their distillate counterparts, there is plenty of incentive to understand now where these products will be available.

Similarly, owners of scrubber-equipped tonnage are keen to understand where HSFO supply will continue.

The new tool adds to BMS' other efforts to help the industry prepare for IMO2020, which will include additional industry events in the coming months.

"BMS United was a first mover in providing information with regards to the 2020 Sulphur Regulations, and last year organised a conference with the participation of IBIA, IMO, Shell, Rolls Royce, DNV, Lloyds, and DEPA, amongst others," BMS told Ship & Bunker.

"The BMS group has also participated in numerous other third party events, including a series of IMO2020-focused training courses organised by BIMCO."

Some 16 of the 28 suppliers registered in the country are listed as having VLSFO on offer.