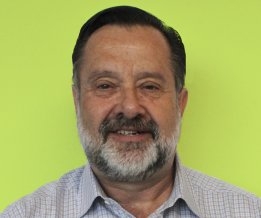 Tolson has more than 30 years of experience in the bunker industry. Image Credit: BLUE

Bunker industry veteran Adrian Tolson has waded into the debate over whether shipowners should expect more quality problems with VLSFO this year, saying crude price rises are likely to be a trigger for it.

On Tuesday KPI OceanConnect CEO Søren Høll said some of the VLSFO quality problems anticipated before IMO 2020 might come to pass this year with oil prices recovering from their crash last March.

Then Paul Hardy, head of business development at brokerage NSI, wrote a note to clients taking issue with part of Høll's argument, saying margins over cargo prices for bunker suppliers were more likely to be responsible.

"I see price in terms of both direction of movement and overall level for both marine fuel and crude oil as important in patterns of quality claims in bunkers," he said.

"The situation we face as we come out of the pandemic is somewhat unique, in that global refining has been dealing with abnormal patterns of demand, and this has forced refiners to push distillates and distillate feedstocks into the VLSFO pool.

"Without doubt this raised the quality of VLSFOs, and VLSFOs for a long period of time were relatively cheap, as was crude."

This dynamic is now likely to reverse as crude rallies, Tolson argued.

"In order for refiners, and for that matter blenders, to maintain the same level of supply and keep the price down, they will likely be forced to stretch the VLSFO barrel with components (possibly more cracked materials and slurries) that may easily produce unexpected quality results."

"Starting with the mid-90s, upward movements in crude and peak crude seem to correlate with significant claim incidents around the globe," he said.

"In the late 90s Rotterdam suffered a significant series of polypropylene claims right as oil peaked before dropping into the new millennium.

"Throughout the 2000s, as crude rose to record highs, bunker quality claims were consistently in the news, mostly generated by unexplained contaminants often emanating from the US Gulf Coast.

"The periods 2004-5 and 2007-8 stick in the mind, but oddly not the crash in crude and commodities late in 2008 and 2009. Claims were back in the next decade, and as we know peaked in 2018 with not dissimilar contaminant problems to those of the previous decade."

Tolson argued both tight supply and opportunistic blending are likely to be drivers of quality problems this year.

"Two forces are at work here: firstly, markets rise because supply is short for both crude and products, and this forces blenders and commodity traders to try and lower the cost of the fuel they supply and seek out alternative components due to relatively scarcity of standard components," he said.

"Secondly, higher prices mean that suddenly the marine fuel market is an interesting alternative market for by-products of the petrochemical and biofuel industries, amongst others.

"These products have a value in a secondary market, and it is only when the bunker market is willing to pay the price that we are lucky enough (!) to get these contaminants blended into our fuels.

"Ironically, these components are generally hard to detect for the bunker supplier using standard ISO tests and so spread virally through the marine fuel market with catastrophic results."

But he also suggested the shift to VLSFO may bring a different market to that seen in the past.

"Our historical experience is of course based on a world dominated by HSFO, and things may change, if we are lucky, with the world of VLSFO," Tolson said.

"But higher prices for crude or products are a good reason to buy fuel with care."

Oil Down Despite Several Indicators Of Imminent Demand Recovery