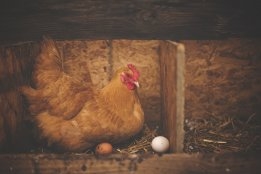 The parent company of shipping giant AP Moller-Maersk has said the company is seeking to break through the 'chicken-and-egg dilemma' of setting up a green bunker market with its recent order of large methanol-fuelled ships.

Maersk announced an order of eight 16,000 TEU boxships capable of running on methanol on Wednesday. The firm has just over two years to secure a supply of the 280,000-360,000 mt/year of green methanol the ships will need before the arrival of the first of them in early 2024.

"Some have asked me about the rationale for ordering these kind of vessels, when there's no green fuel available," Robbert Uggla, CEO of AP Moller Holding, said in a Linkedin post on Wednesday.

"AP Moller-Maersk is committed to solving the 'chicken-or-egg dilemma' (ie no-one builds ships propelled by green fuel technology before there's sufficient green fuel available, and no-one is producing green fuels for shipping until there is demand) by placing a significant order for ships ready to run on green methanol, thus creating demand for it."

The chicken and egg problem was a phrase often used during the advent of LNG bunkering a decade ago, with several shipping firms noting its advantages but few being willing to take the leap before a reliable global supply chain was set up for the fuel.

French container line CMA CGM did much to overcome that dynamic when it announced an order of nine 22,000 TEU boxships running on LNG in November 2017. When the company announced a supply deal with TotalEnergies the next month, the annual total volume agreed to amounted to about 75% of global LNG bunker demand at the time.

Oil consuming nations including the US had hoped for a greater increase in crude output to combat the recent surge in costs.