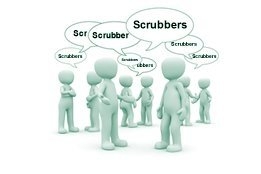 The recently formed Clean Shipping Alliance 2020 (CSA2020) will advocate for the use of marine scrubbers from the perspective of actual experience, data, and science, a spokesperson for the new collective has told Ship & Bunker.

Launched last month, CSA2020's founding members include several industry big hitters such as Carnival, Oldendorff, Cargill, and Trafigura, and say they want to better inform stakeholders and the public on "the environmental performance and benefits of open- and closed-loop Exhaust Gas Cleaning Systems (EGCS) and associated air and water emissions."

The group sees its goals as similar to the manufacturer-focused Exhaust Gas Cleaning Systems Association (EGCSA), but says its membership of ship owners and EGCS users "are operating all over the world, including hundreds of ports, and are in a position to advise many interested parties at different levels.

there's a difference in scale and reach, and this is needed as we approach the 2020 global sulfur cap

"So there's a difference in scale and reach, and this is needed as we approach the 2020 global sulfur cap."

As for the thinking behind the new group's name, which as several readers noted keeps its pro-scrubber agenda somewhat concealed, CSA2020 told Ship & Bunker: "It tries to capture the group's role for the improved environmental footprint of thousands of ships and for supporting the timely and fair implementation of the IMO 2020 sulfur cap."

The formation of CSA2020 comes at a time of significant interest in using scrubbers as part of an IMO 2020 compliance strategy, with DNV GL this month putting the number of vessels with units either installed or with a confirmed at 1,850 - more than double the number from May.

But it also comes at a time of increased scrutiny over the technology's environmental credentials, with some believing open-loop scrubbing in particular could be banned.

Even the manufactures are taking note, with Alfa Laval last month saying all its open-loop PureSOx systems are now being delivered ready for easy upgrading to a hybrid system as "there is the possibility of stricter water discharge regulations in the future."

But fears of a return to Covid lockdowns still persist.