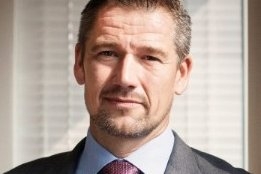 Major scrubber manufacturer Alfa Laval is moving to ease Shipowner concern that future legislation could outlaw the use of certain types of scrubber.

Specifically, concern is focused on the use of open-loop scrubbers that take in seawater to scrub emissions and discharge the wash-water back into the ocean.

Critics say such scrubbers are simply moving pollution from the air to the sea, giving rise to the belief they could be outlawed by future legislation on a regional or global level.

Hybrid scrubbers are able to operate in either open or a closed-loop mode that keeps the wash-water onboard for discharge at a later date via an appropriate facility.

"But there is the possibility of stricter water discharge regulations in the future. By preparing all open-loop deliveries for easy upgrading to a hybrid system, we give PureSOx customers room to adapt if tougher laws appear."

For the record, Exhaust Gas Cleaning Systems Association (EGCSA) Director, Don Gregory, has gone on record as saying "the facts are that there is no evidence whatsoever that scrubber discharges have or do cause harm to the aquatic environment."

The global sulfur cap for marine fuel falls from 3.5% to 0.50% from January 1, 2020, with scrubbers enabling vessels to continue burning otherwise noncompliant fuel by allowing them to achieve an equivalent method of compliance.

With the limitation of having to produce a maximum 3.5% sulfur HSFO gone, some have speculated the post 2020 market could see even higher sulfur, higher viscosity bunkers being offered to scrubber equipped vessels.

As part of its future proofing efforts, Alfa Laval has also assured its systems will be able to handle such fuels.

"If cheaper high-sulphur fuels are on offer, it may even be advantageous to bunker them. Not only will customers be certain of compliance, they may be able to save more on their fuel bills as refinery production shifts," says Haveman.

Alfa Laval, together with Wartsila and Yara, are estimated by Goldman Sachs to control around 75% of the scrubber market.

New limit will remove 77% of sulfur from shipping's emissions.