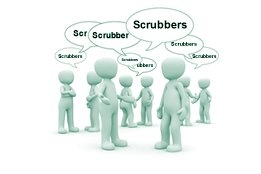 Carnival, Oldendorff, Cargill, and Trafigura are among the founding members of the group, all of which were said to have made significant investments in scrubbers as part of their preparations for the new global 0.50% sulfur cap on marine that comes into force from January 1, 2020.

Their mission is "to provide information and research data to better inform industry, national and international authorities, non-governmental organizations and the public on the environmental performance and benefits of open- and closed-loop Exhaust Gas Cleaning Systems (EGCS) and associated air and water emissions."

Presumably in an effort to remove any doubt as to where the collective stands on the matter, the group is named Clean Shipping Alliance 2020 (CSA 2020).

CSA 2020 says it will also support the scheduled implementation and effective enforcement of the rules.

"CSA 2020 believes that Exhaust Gas Cleaning Systems will make a substantial difference to the ports and ocean environments in which their ships operate and will promote global environmental progress – especially the goal of reducing the health impact from airborne sources, which is at the heart of the 2020 IMO regulation," it said in a press release issued today.

Today's news comes after a survey earlier this year by Drewry indicated investment in scrubbers was being held back by uncertainty over future regulatory changes, particularly that their use could be outlawed.

The tech has also come in for some recent harsh criticism, particularly from INTERTANKO.

Technical Director Dragos Rauta this week said their use "will not last for more than 10 years because the high acidity of the wash-water," while earlier this month, Nikolas Tsakos, President and CEO of tanker owner Tsakos Energy Navigation Ltd (TEN) and Chairman of INTERTANKO, said there is a "very good chance" open-loop scrubbers will be banned, "and rightly so."

Chinese officials this week also found themselves having to deny rumours their country would implement a ban on open-loop scrubbers.

For the record, Exhaust Gas Cleaning Systems Association (EGCSA) Director, Don Gregory, has said "the facts are that there is no evidence whatsoever that scrubber discharges have or do cause harm to the aquatic environment."

Founding members of CSA 2020 include (in alphabetical order):