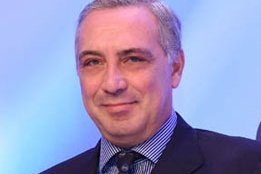 Nikolas Tsakos, President and CEO of major tanker owner Tsakos Energy Navigation Ltd (TEN) and Chairman of INTERTANKO, believes there is a "very good chance" open-loop scrubbers will be banned.

"And rightly so, because instead of now what we're trying to do is protect the air emissions and reduce the air emissions … at the same time, we're killing the resource of oxygen which is the sea. So this is very, very short-term," he said Friday during TEN's 2Q 2018 earnings call, in response to a question from Wells Fargo's Gregory Wasikowski on the likelihood of open-loop scrubbers being outlawed.

"We as INTERTANKO have been, and as owners have always been, very critical. It's like inventing a new drug that perhaps will kill one of the illnesses, but will kill the patient through another illness."

The comments came as part of a highly critical assessment of the technology, with Tsakos going as far as suggesting the use of compliant fuel may be more environmentally responsible.

those would be paid by charters and not speculatively by us

That said, in recent months there has been a surge of interest in scrubbers and TEN acknowledges it has had discussions with some charterers looking to install such systems.

"We cannot stop the end user doing whatever they want to do there. So we will allow them to [to install scrubbers] at their time and expense," said Tsakos, adding that out of its fleet of 66 vessels there could be a dozen ships that end up with scrubbers.

"But those would be paid by charters and not speculatively by us.

"A majority of our charters, be it the top tier major world companies, because they are environmentally responsible, have decided that it's their responsibility to provide the right fuel for us to burn without installing scrubbers."

The potential for an open-loop scrubber ban has been long in the mind of shipowners, a fear played down earlier this year by Exhaust Gas Cleaning Systems Association (EGCSA) Director, Don Gregory, who said "the facts are that there is no evidence whatsoever that scrubber discharges have or do cause harm to the aquatic environment."

Still, with sentiment often trumping substance when it comes to politics, Alfa Laval this month said it was leaving nothing to chance by preparing all its open-loop deliveries for easy upgrading to a hybrid system to give its customers "room to adapt if tougher laws appear."

Norwegian ferry and cruise company adds German and UK embarkation ports in expectation of higher demand for its products.