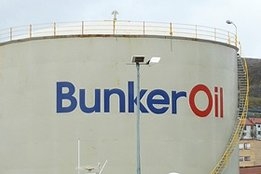 Scrubber uptake and HSFO demand for IMO 2020 is being underestimated, according to Goldman Sachs, who is predicting HSFO demand could fall by less than 50% when the global 0.50% sulfur cap on marine comes into force from January 1, 2020.

The vast majority of the world's 50,000 strong fleet is expected to switch to complaint fuel when the IMO 2020 rule comes into force.

Vessels fitted with scrubbers that enable them to continue burning HSFO, along with noncompliance, has been widely expected to keep global HSFO demand at between 5% to 10% of total demand.

But Goldman sees the recent momentum for scrubber adoption continuing to build, forecasting 3,125 installations in 2020, triple the ~1,000 vessels currently thought to have scrubber systems installed or on order.

While that would still only equate to a little over 6% of the global fleet, it will be enough to keep a third of current high-sulfur fuel in compliant use, the analysts predict in their "IMO 2020 - Challenging but Solvable" research report.

for 2020 the analysts predict 0.65 mb/d of HSFO demand from noncompliance, while scrubbed vessels will contribute 1.05 mb/d of demand

"The economics of scrubbers may be unattractive for the average vessel, but the ability to amortize that investment rises with the size of the engine. Since fuel consumption is concentrated among larger ships, we believe the number of scrubbers on order understates the size of the market for high-sulfur fuel oil," says Goldman.

The level of compliance is also a key part of the HSFO demand picture, and in 2020 Goldman sees this at 80%.

While its numbers are higher than most, Goldman does not stand alone in predicting a significantly greater HSFO demand in 2020 than the 11% envisaged in the original IMO Fuel Availability Report.