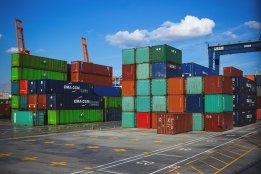 As many as 95 container ships were out of service undergoing installation of emissions-cleaning scrubber equipment by the end of 2019, according to shipping intelligence service Alphaliner.

The 95 vessels represent 924,840 twenty-foot equivalent units (TEU), the company said in its latest weekly report, accounting for 68% of current inactive capacity and 4% of the total cellular fleet.

The numbers were noted as of 23 December.

The company noted that the total number of vessels inactive for scrubber retrofits appears to be declining, peaking at 110 ships in early December and dropping to 93 in Alphaliner's latest survey from 7 January.

Fujairah could be poised for a sharp rally in its bunker volumes in 2021.

Association is in a "challenged position" due to restrictions imposed by the pandemic.