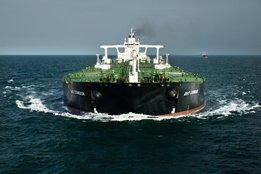 DHT Holdings, Inc. (DHT) is the latest tanker owner to order scrubbers as part of its IMO 2020 compliance plan, and is eyeing a "super-profit" from the vessels it equips with the systems.

The firm today said it ordered twelve of the exhaust gas cleaning systems (EGCSs) from Alfa Laval and has also secured shipyard capacity to install all systems within 2019.

It has also received proposals to finance the majority of the project with debt, and says it is confident of concluding a deal in the near future.

"We look at the upcoming IMO Sulphur Cap as an opportunity for DHT rather than a threat.  We come well prepared and are very pleased with the timely project we have put in place.  This project could potentially create a super-profit for the ships in question and boost the already significant operational leverage in DHT," the company said.

"The systems will be installed on ships built between 2012 and 2004, the part of the fleet that stands to achieve the greatest economic benefit."

These twelve systems will come in addition to the two systems being installed on the newbuildings DHT Bronco and DHT Mustang set for delivery later this quarter from Hyundai Heavy Industries, meaning the company should have a total of fourteen VLCCs fitted with scrubbers when the 0.50% global sulfur cap on marine fuel comes into force on January 1, 2020.

DHT is the second tanker owner within the last week to make such an announcement, following Frontline's announcement last week for an order of up to 36 units.

It also comes amid reports of surging interest in the technology.

The company is looking for candidates with at least five years of experience in the industry for both roles.