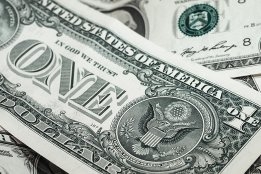 Bunker suppliers are paying as little as $1/mt to buy back unwanted high-sulfur fuel oil (HSFO) as shipowners rush to get rid of the product ahead of the International Maritime Organization (IMO) carriage ban coming in next month.

As of March 1, shipowners will be banned from carrying bunker fuel with a sulfur content higher than 0.50%, following the lowering of the marine fuels sulfur limit from 3.50% to 0.50% at the start of the year.

The ban does not apply to HSFO cargoes or bunkers carried by ships equipped with scrubbers.

The looming deadline means any shipowners stuck with remaining HSFO in their tanks will need to remove it this month or risk being caught in contravention of the ban.

The date of the ban's introduction has been known for some time now, and no shipowner will deliberately have left unwanted fuel oil on board, but the unpredictable nature of shipping operations means some have been unable to avoid having some HSFO left over, and now face the problem of what to do with it.

"It would have been easy if the IMO regulation had been, for example, stop purchasing HSFO on 1 December, instead of not burning it after 31 December," a shipowner told Ship & Bunker last week.

For suppliers the problem is turning out to be a lucrative one.

One bunker buyer said in some cases they are selling back unwanted HSFO to suppliers for as little as $1/mt.

For comparison, high sulfur 380 CST fuel oil prices have ranged between $341 and $381/mt so far this year, according to Ship & Bunker's G20 index of average prices across 20 leading marine fuel hubs.

The shipowner receives this nominal fee for the bunkers but also receives the free use of the supplier's barge for a day -- which should normally cost several hundred dollars per hour.

In another case reported to Ship & Bunker, the shipowner has used the supplier's barge and storage to debunker the fuel oil and hold it until it can be bunkered into another of its vessels with a scrubber -- but in this scenario the shipowner pays for the use of the supplier's facilities.

The supplier has a fleet of 20 bunker vessels across its main physical supply operations and is ready to support debunkering operations there, according to a company spokesman.

Financial arrangements for the service "can also vary a lot from port to port but also from enquiry to enquiry," the spokesman said in emailed comments.

"When it comes to the operational and financial aspects, some ports and anchorages have strict measures on debunkering or even prohibit such operations," he said.

"In other locations there might not be the right facilities to accommodate debunkering.

"Therefore pricing on both operations and product depends on many variables such as product specs, which determines how we dispose of the product, quantity, pumping rate, timing and logistics, terminal schedules etc."

Peter Zachariassen, global director of Bunker One, told Ship & Bunker he agreed that the pricing of returned HSFO would be highly variable.

"I do expect to see some debunkering enquiries going into March, but it will probably be minor drops," he said Sunday.

"It's very difficult to price the HSFO, as factors like volume, quality, pumping rate and geographical areas play important roles -- so I would say it's a case-by-case judgement."

For a supplier to want to take back debunkered HSFO, even at heavilly discounted prices in exchange for free barging, they would need to have reliable demand locally from scrubber-equipped ships or other fuel oil consumers, as well as needing to know the product was not contaminated by any other fuels on board the ship.

It does not surprise me much. The vessel has to get rid of the non-compliant fuel by any means, and some of the vessel owners and operators are getting anxious.

An Istanbul-based supplier said by email that debunkering was not allowed at Turkish ports.

The unwanted product can only be taken as waste there, and needs to be taken away with waste barges or at berth at terminals where they handle waste from shipping.

In Singapore debunkering is permitted, but only after the ship has applied for written permission from the port master at least three working days in advance.

A Singapore-based supplier said Monday there was demand for debunkering there, and although he had not heard of offers as low as $1/mt, levels that low would not necessarily be unreasonable.

"It does not surprise me much," the supplier said.

"The vessel has to get rid of the non-compliant fuel by any means, and some of the vessel owners and operators are getting anxious."

While the 1 March deadline may still seem some way off for a debunkering option that should only take a day, insurance association the Standard Club warns shipowners to allow more time.

"Owners will also be conscious that, subsequent to any debunkering of HSFO, effective cleaning of the fuel system (tanks, piping, service and storage tanks) will be required in order to be in a position to receive, store and burn compliant LSFO," the association said in a note to members last month.

Panelists at the Houston-based conference said the need for these regulatory developments was less urgent in the Americas.

Behavioural science firm Signol worked with Bernhard Schulte Shipmanagement Deutschland over a four-month period to test whether the firm's emissions from its fleet could be reduced through behavioural changes.

The inflation that came alongside this year's advance in energy markets is now raising concerns over the central-bank response bringing a global recession.