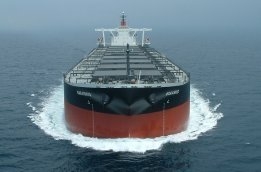 The Wakashio broke up on July 25. Image Credit: Nagashiki Shipping

Shipping company MOL has joined BP in criticising the recent coverage by Forbes of the break-up of the bulker Wakashio off Mauritius last year, saying there was 'absolutely no evidence' of problems with the ship's fuel.

"The VLSFO purchased by MOL as time charterer and loaded in Singapore was fully tested by our fuel quality testing system, which showed that the supplied oil was fully on-specification with international standards," MOL said in a statement on its website Monday.

"There is absolutely no evidence to suggest that there were problems with the fuel oil or the use of that fuel in the main engine of the Wakashio that could have caused the incident."

The Wakashio, chartered by MOL and owned and managed by Nagashiki Shipping, ran aground off Mauritius in July and spilled about 1,000 mt of bunker fuel as it broke up.

A Forbes article earlier this month posited a BP link to the disaster, saying the oil company had bunkered the ship in Singapore with VLSFO that was subsequently found to be off-specification on viscosity and cat fines. The article claims the ship changed direction when this came to light, heading towards Mauritius.

BP has already rejected this as 'baseless accusations', saying neither MOL nor the operators of seven other vessels that received the same fuel, had raised any objection to it.

Rebranding comes as the industry as a whole looks to move away from oil-based fuels.

The profitability of scrubbers dropped dramatically last year as the price spread between VLSFO and HSFO narrowed.