IMO 2020: Should We Care About the Scorpio Scrubber Announcement? 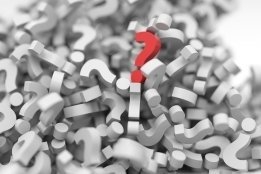 Another player goes for scrubbers. Should we care? File Image / Pixabay

Readers who have become numb to news of yet another shipowner choosing to use scrubbers for IMO 2020 may have tuned out Friday's announcement by Scorpio that it expects to retrofit units to the substantial majority of vessels in both its bulker and tanker fleets.

Sure, they join a long list of owners who in recent months have made similar announcements, but theirs is notable for several reasons. Here are five of them.

While Scorpio did not quantify exactly what "substantial majority" means, Clarkson Research recently pegged the current scrubber-equipped fleet at 1,000, meaning Scorpio's orders could represent as much at 16% of today's entire scrubber market.

Other than the manufacturers of such technology, this is news that will no doubt be welcomed by those tracking post-2020 HSFO demand

So the first take-home is that this is a big order by scrubber-industry standards. Other than the manufacturers of such technology, this is news that will no doubt be welcomed by those tracking post-2020 HSFO demand, although equally relevant are that Scorpio's vessels are far from being the global fleet's thirstiest. With some skeptics having voiced concern as to whether there is sufficient capacity to install scrubbers in time, Scorpio's assessment that it will have the job done "by the end of the first half of 2020" is also worth taking note of.

Next, scrubber advocates will rightly see this as yet another major endorsement of the technology at a time it is also facing increasing criticism, particularly over the environmental credentials of open-loop scrubbing.

Third, it will be seen as further evidence that scrubbers are winning over the hearts and minds of the one-time skeptics.

As far as Scorpio are concerned, in the early part of this year COO Cameron Mackey raised several reservations over the use of scrubbers, including that their use could be hampered by a regulations change and "it is only a matter of time before these regulators revisit [the] scrubber solution and realize that a scrubber takes emissions and instead of putting them into air, actually puts them into the sea."

"We and most ship owners would be naturally quite skeptical that the regulations don't change."

Scorpio was unavailable for further comment Friday, but their announcement will presumably be taken as a sign their fears of a ban have either faded or there is belief it lies far enough into the future as to not matter.

Another significant take-home is that Scorpio are well-known for their eco-fleet focus, and in June said that for IMO 2020 understanding demand and fuel efficiency is more relevant to the product tanker segment than the yes/no scrubber decision.

DHT Holdings, Inc, commenting last month on its own decision to install scrubbers, said it would concentrate on fitting units to the older end of its fleet first, the vessels that consume more fuel as that is where the benefit is also the greatest.

"What you don't want to have is a non-ECO ship without a scrubber in January 2020. That's been our approach," said Trygve Munthe, CO-CEO, DHT Holdings, Inc.

Scorpio have signalled they believe scrubber economics work for the lower consuming eco-ships too.

The fifth important take-home is that scrubbers have been viewed by many as a commercial differentiator, giving a competitive advantage and the potential for "super profits" to the few who fit them.

When 2020 comes it seems impossible for anything other than the vast majority of the global fleet to not have scrubbers, but Scorpio's announcement suggests that, at-least within certain peer groups, scrubbers are becoming less and less of a niche play.

CITI sees oil hitting $85 due to pent up leisure demand.

The company has agreed to take on the 7,000 TEU dual-fuelled ships from Seaspan Corporation.

US Biden Administration to Issue Executive Order on Shipping Competition

Biden is due to comment on the order on Friday.