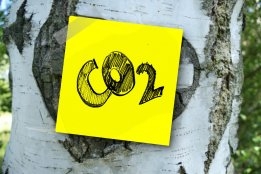 Yang Ming says it has been bearing down on its carbon emissions for the past decade. File Image / Pixabay

Taiwanese shipping company Yang Ming Transport has joined the growing list of companies that say they have met their IMO 2030 obligations a decade early.

Yang Ming's carbon dioxide emissions per TEU-kilometre were 51% lower last year than in 2008, the company said last week. The International Maritime Organization's (IMO) target is for the shipping industry to cut carbon emissions by at least 40% by 2030.

"In addition, Yang Ming has cooperated with weather service provider Weathernews Inc. (WNI) to build a monitoring system to manage fuel consumption and reduce GHG emission, and further evaluate the possibility of developing duel-fuel engine such as LNG or other engines that can perform with carbon-neutral alternative fuels."

A series of companies including Maersk and Hapag-Lloyd have recently announced that they have already met the IMO 2030 requirement. This is partly a sign of good progress in shipping's decarbonisation agenda, but may also be taken as evidence that the targets set in the IMO's initial strategy should have been tougher.

Small passenger vessel to be deployed on southern coast next year.