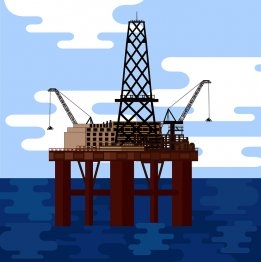 Oil-based bunkers could take up less than 50% of total demand by 2050. File Image / Pixabay

Petroleum-based bunker fuel demand may drop by as much as 60 million mt in the 2030s, according to new research from the International Energy Agency (IEA).

The forecast comes in the 'sustainable development' scenario of the IEA's Energy Technology Perspectives report, released this week. The research paints a picture of how regulations aimed at cutting greenhouse gas emissions from shipping might affect the bunker industry in the coming decades.

The scenario envisages oil-based bunker demand plummeting from about 200 million mt/year in 2030 to about 140 million mt in 2040, driven by a combination of fuel efficiency measures and the growth of hydrogen, ammonia, biofuels and gas as alternative fuels.

The shift could come as a profound shock to bunker suppliers that have not started to bring alternative fuels into their offering over the next decade. But little in the way of change to oil-based demand is forecast to come between now and 2030.

BIofuels keep pace with ammonia as the biggest alternative fuel in the 2030s and 2040s, according to this scenario, but by 2070 ammonia is the dominant marine fuel, taking up about 140 million mt of oil equivalent (mtoe) of the 250 million mtoe total.

Knowing when these products will be available is the main challenge at the moment, according to Euronav's CEO.