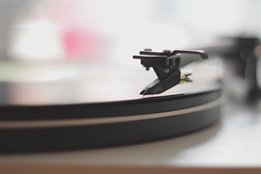 Is the mood music for scrubbers changing? File Image / Pixabay

Scrubber advocate group Clean Shipping Alliance 2020 (CSA2020) has voiced it's concern over news last week Fujairah is to ban the use of open-loop scrubbers in its waters, drawing attention to the fact nothing was said about how the port arrived at its decision.

"We view the Fujairah announcement with concern, and our many Members that will be impacted will be interested in understanding the environmental data behind this decision," CSA2020 said in a communication via social media.

CSA2020, along with other scrubber advocate groups, have maintained the science behind open-loop scrubbing is sound and the practice is not harmful to the marine environment.

While Fujairah joins only a small number of ports that have recently come out specifically against the technology, joining most notably Singapore and China, the moves are significant due to the ports' positions as major bunkering hubs.

CSA2020's newly appointed Executive Director, Ian Adams, last week downplayed the significance of those local bans in respect to global rules, while several Ship & Bunker readers also wrote in looking to better understand if such bans are meaningful in terms of the overall proposition for open-loop scrubbers.

Indeed, even outspoken scrubber sceptic Paddy Rodgers, CEO of Euronav, on Friday said by its calculations the current landscape would only have resulted in its vessels not being able to operate an open-loop scrubber for 20% of the time. The vast majority of fuel, of course, is burned when underway and not in port waters.

One thing the sceptics and advocates seem to agree on is the risk from a political climate where science often plays second fiddle to sentiment.

"Even the most drawn list of ship brokers seem to be surprised that there was a solution to a pollution problem by simply grabbing it from the air and sticking it into see," said Rodgers.

"That means if that audience is uncertain there is a political risk. Political risk is a real risk and the risk that you should take into case when you start to think about your economic position."

Group also working on guidelines for new fuel such as ammonia and hydrogen.

The company took delivery of the AIDAcosma at Bremerhaven on Tuesday.

The firm is looking for candidates that can manage a profitable book with a consistent performance.