Update: One Third of Shipping Will Eventually Opt for Scrubbers for IMO2020 Compliance: Foreship 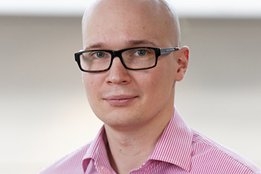 Naval architect and marine engineering company Foreship Ltd. (Foreship) today said oil company expectation is that by 2030 one third of shipping as measured by bunker demand will use exhaust gas scrubbers and high sulfur fuel oil (HSFO) as a compliance method with the global 0.50 percent sulfur cap on marine fuel coming into force in 2020.

Foreship Head of Machinery Department, Olli Somerkallio told Ship & Bunker that the conclusion was reached after discussions with oil companies in question, but he was unable to reveal further details about who they were or the geographical regions they represented.

Initial uptake of scrubbers is likely to be much lower, however, with the company noting there are currently some 1,500 scrubber installations and yard capacity could only grow that number to 3,000-4,000 by 2020.

Meanwhile, the number of liquefied natural gas (LNG)-powered vessels in service is predicted to be significantly below 500 by 2020.

The result, according to Somerkallio, is that most ships will initially run on 0.50 percent sulfur fuel, with the post 2020 market seeing compliant fuel blended from distillates and HFO of up to 2.5% sulfur content.

The pricing dynamic of HSFO will then change, effectively putting it in competition with coal as a fuel for power plants.

"The implication is that [HSFO] will return to favour as a marine fuel after the dust settles," says Foreship, with Somerkallio adding that it "will have a significant impact on the ROI of scrubbers in the future."

The comments come at a time if increased debate in the industry over how the bunker markets will play out after 2020, wth Nautical Supply International Ltd (NSI)'s Paul Hardy recently noting that while HSFO might continue to be sourcable, keeping barges as designated HSFO with only limited demand for supply "may be more tricky."

The nine orders in July compares with six in June and 21 in July 2021.