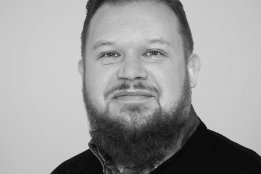 Changes to regulations on how Port State Control (PSC) and other authorities can check for sulfur regs compliance could result in confusion for buyers, suppliers, and other stakeholders in the marine fuel supply chain, BIMCO's Christian Baekmark Schiolborg warned today.

The change to MARPOL Annex VI would allow authorities to draw oil samples from the ship's bunker tanks. It will be discussed this week as part of International Maritime Organization (IMO)'s 75 session of the Marine Environment Protection Committee (MEPC 75).

In contrast, the MARPOL sample can be considered representative of the sulfur content of the fuel in the tank as it is drawn over the entire bunker operation.

"The only truly homogenous and representative fuel oil sample is the MARPOL sample," says Schiolborg.

"The new suggestion could cause confusion and uncertainty between the ship, bunker supplier, time charter and other stakeholders, especially if the testing results turn out to be different, BIMCO believes."

The change also comes with certain safety concerns, he adds, as fuel tanks typically do not have designated sampling points. Rather, the tank openings are limited to a manhole for inspection, and the sounding pipe.

"The manhole should never be opened while there is fuel oil inside the tank. Fuel oils are stored at high temperatures and it is consequently unsafe for the people taking the sample," Schiolborg adds.

How sulfur compliance testing is performed has come under increased scrutiny since the global sulfur cap for marine fuel fell to 0.50% at the beginning of this year. Prior to this, testing for compliance outside of designated emission control areas (ECAs) was a non-issue as most fuel easily fell below the previous 3.5% sulfur limit.