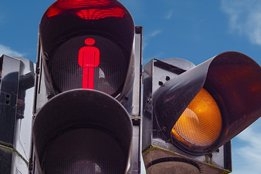 Brightoil's bunker business remains at an effective standstill since its entire fleet of Singapore-based bunker tankers were arrested last year.

In its latest quarterly update, the company its International Trading and Bunkering unit had generated "no significant amount of revenue" for the period.

Trading of Brightoil shares has also been suspended after it failed to file mandatory financials, and the firm says banks have tightened their credit as a result.

Still, there were some positives in the latest repot, including news that it continues to have amicable discussions with creditors who are showing support for its debt restructuring efforts.

In addition, plans announced last year to sell its oil storage and terminal facilities in Zhoushan are still ongoing.

"The negotiation is ongoing but has been prolonged due to negotiation in valuation method and terms of payment," Brightoil explained.

Despite its troubles, For 2018 Brightoil was ranked as Singapore's 28th largest bunker supplier by volume, having been placed 17th in 2017.

The group as a whole is currently grappling to restructure debts of $1.9 million.

Trading firm to sell bonded bunker fuel from the port.