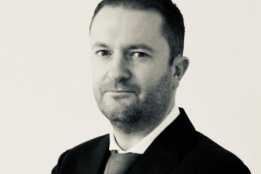 Chris Todd has confirmed the launch of a new international bunker company, Delta Energy, which he will head from Rotterdam.

The firm commences operations with a significant initial presence that includes a team of 20 traders world-wide, 7 of which are based at its Headquarters in Rotterdam, Todd told Ship & Bunker.

A Long Time in the Making

Todd is a well known industry figure having spent over 20 years in roles with major players including World Fuel Services, Chemoil, and most recently GP Global.

His comments follow a request for comment by Ship & Bunker amid rising speculation over the launch of a major new bunkering venture involving Todd and some of his former team.

"The start of our new bunker company Delta Energy has been a long time in the making and something I have personally wanted to do for a while," Todd told Ship & Bunker.

"Having worked in some of the best bunker companies in the world in lead roles, alongside some of the best people in the industry, I now feel the time has come to pull together all the best bits I learned over my 20 year career to create a unique and special bunker company that makes difference. A company that will push boundaries and one day leave a legacy that all those who are part of it can be proud of."

Barges and other operational assets for Delta Energy's physical operations have already been secured, he added.

In addition to its already impressive footprint for a start-up, Delta Energy has plans in place to open further office locations as well as physical locations in the Med, and diversify beyond traditional bunker fuels, including the supply of biofuels for which it already has the necessary permits in place.

"For years, the team I've worked with has always been known for being a little unorthodox, having fun while always being professional and serving our clients to the best of our ability to make their lives easier," Todd said.

"We will be diverse in many different ways and we will be like no other in our various offerings."

While Todd was unable to give further in-depth operational details at this time, this information will be revealed in the coming weeks.