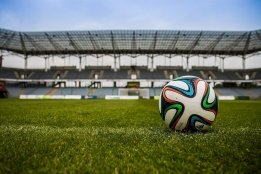 The new season is set to kick off on September 12. File Image / Pixabay

A fantasy football league based on the Premier League season 2020/2021 has launched for the bunker industry, with prizes sponsored by Ship & Bunker.

The Ship & Bunker League has been set up on the Telegraph Fantasy Football site. Anyone involved in the bunker industry is welcome to join for free; go to fantasyfootball.telegraph.co.uk, and submit a team, then click on the 'Leagues' tab at the top and enter the unique code KCGHX87A at the top to find the SHIP & BUNKER LEAGUE.

For any further details about the league, send an email to jack@shipandbunker.com.