Number of Vessels Opting for Scrubbers Quadruples in 12 Months 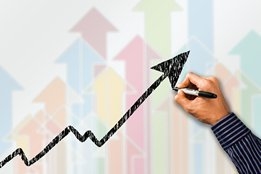 The number of vessels either ordered or installed with scrubbers has near quadrupled in the space of less than a year, according to the latest numbers from DNV GL.

In May last year the company put the figure at 817, which itself was a result of having jumped some 50% over the previous months.

Today they put the figure at 3,229, Platts reports, with 857 of those coming as part of new building projects.

The situation is certainly a dramatic turnaround from where the industry stood 12 months ago, but will not come as a surprise to all.

Writing for Ship & Bunker in May last year, Dr. R. Vis predicted that there would eventually be a surge of interest in scrubbers akin to a stampede of Wildebeest in Serengeti Park.

In the official IMO Fuel Availability Report used to inform IMO on when the new global 0.50% sulfur cap should come into force, CE Delft predicted in 2020 some 3,800 vessels would be operating with scrubbers.

One analyst believes oil demand is headed toward contraction.