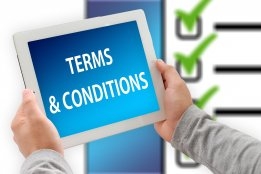 Bunker suppliers' terms and conditions can be as long as 20 pages in some cases, according to NSI. File Image / Pixabay

Shipping crews may be jeopardising their companies by signing bunker delivery notes (BDNs) without reading them first, according to insurance association Gard.

The company published a case study earlier this month involving a dispute over some bunker fuel with total sediment potential (TSP) above the specified limit of 0.10%.

The crew had signed a BDN accepting that the test on the fuel -- which found it to be within the TSP limit -- was carried out from a sample taken from the bunker barge manifold rather than on their own ship. When tested from a sample from on board their ship, the fuel was later found to have a TSP of 0.15% and caused purifier sludging when consumed.

"The majority of crew assigned bunkering related duties were not aware that they had to oversee and continuously monitor the sampling procedures adopted by the barge in order to ensure the sample is truly representative," Gard said in the case study.

Commenting on the case, brokerage NSI pointed out that the paperwork load for shipping crews has been increasing steadily, with bunker supplier terms and conditions now as long as 15-20 pages in complex legal language.

"As an ex-seafarer I fully sympathise with the crew onboard, and understand with the mountains or paperwork that has to be signed and stamped in triplicate whilst at the same time maintaining the safe and commercial operations of your vessel, we are asking a lot of our seafarers," Michael Donaldson-Badger, managing director for NSI in Dubai, said in a note to clients Wednesday.

"For any seafarers reading this note -- my guidance would always be 'if in doubt - don't sign'; get some support and assistance from your operator or superintendent who should have more information and assistance at hand."

Boudewijn Siemons will take over the role from October 1.