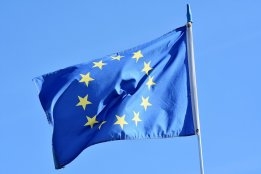 The ban is set to come into effect immediately. File Image / Pixabay

European Union leaders have agreed a plan to ban seaborne imports of Russian oil in response to the war in Ukraine.

The plan has been agreed as apart of a sanctions package negotiated at a summit in Brussels, news provider the BBC reported on Tuesday.

Pipeline imports of Russian oil will continue, representing about one third of the imported oil, at the request of Hungary. Gas imports also remain unrestricted.

The ban is set to come into effect immediately, and could further tighten bunker markets as replacements will need to be found for Russian fuel oil and marine gasoil. VLSFO has been trading near record highs at ports around the world this week.

Before the outbreak of war Russia was supplying about 27% of the EU's imported oil.

No oil has reached the beaches, most of the spilled oil has been cleaned, no oiled birds have been spotted and no oil sheen is visible on the water.

The firm will test a biofuel blend on board its managed VLCC the Apollonas.

Steve Bee of testing firm VPS sets out the correlation between rising fuel costs and an increase in quality problems.