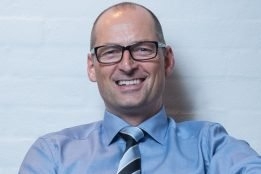 The International Bunker Industry Association (IBIA)  is seeking to persuade the authorities at the world's largest bunkering ports to create bunker licence systems similar to Singapore's to provide a consistent standard of service around the world, according to its chairman.

The ports of Amsterdam, Rotterdam and Antwerp plan to introduce such a scheme by the start of 2022, following the example set by the Maritime and Port Authority (MPA) in Singapore, IBIA Chairman Henrik Zederkof said in a webinar hosted by Ship & Bunker Tuesday.

"MPA in Singapore took a very bold initiative and wanted to implement bunker licences as the first major bunker hub in the world," he said.

Singapore Ahead of the Curve

Singapore currently has 45 firms accredited as bunker suppliers within its waters. The number has declined steadily in recent years as the authority has imposed tougher standards including the mandatory use of mass flow meters.

For me this is a high ambition, but it's definitely not a dream.

Turkey has also had a bunker supplier licensing system since 2005, administered by regulatory body EMRA.

The main advantage of more widespread licensing schemes would be to avoid poor behaviour from any individual supplier from dragging down the reputation of the ports and the industry overall; any company not meeting the standards set could have their licence quickly withdrawn for their infraction.

The main barrier to licences being taken on more widely in the past has been that any individual port setting high standards may lose market share to a nearby location with laxer rules, if that laxness allows for a lower bunker price.

The fact that most port authorities are not also a national governing body -- as the MPA is -- has also been a limitation in the past.

"People say, are you sure this is not just a dream -- is there really momentum for this?" Zederkof said.

"For me this is a high ambition, but it's definitely not a dream, because MPA has shown the way, and with ARA following we already have a large portion of the bunker market under a licencing scheme.

Oil Drops on Demand Fears, But Demand Appears Healthier Than Ever

Meanwhile, some analysts think the world can easily handle $150 oil.