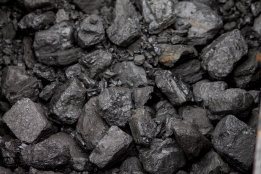 Coal cargoes may start to receive a more hostile attitude from the shipping industry in the coming years. File Image / Pixabay

Ship management firm Eastern Pacific Shipping has announced it it refusing to carry coal cargoes on its bulkers on environmental grounds.

The firm announced its new 'no coal cargo policy' in its ESG report for 2022 on Tuesday. The company's bulkers have not carried any coal since April 2020.

"By officially implementing a No Coal Cargo Policy, EPS hopes to play a small role in making the commodity no longer economically viable, therefore increasing the demand for greener options," the company said in the report.

"EPS' No Coal Cargo Policy also aims to be a message to the maritime industry that decarbonisation isn't exclusive to how we move ships -- what we move also matters."

If similar policies were adopted by other shipping firms, the move could have a profound effect on bulker markets, with a more limited fleet available for those looking to move coal around the world. ESG objections to the nature of the cargoes carried could also potentially emerge in the tanker market.

Eastern Pacific Shipping is planning to increase its usage of LNG and LPG as alternative marine fuels in the next few years, the company said.

The four methanol-ready 7,200 TEU ships are due for delivery in the first half of 2024.