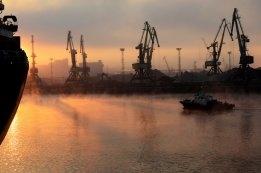 The Russian government has approved plans for a new bunkering facility near Murmansk, it said Wednesday.

Russia's Main Directorate of State Expertise has approved the plan after reviewing the documentation and the results of engineering surveys, it said in a statement on its website.

The facility, under construction by the company OOO Terminal, will be based in the Kola Bay to the north of Murmansk, and will receive its fuel by rail.

The terminal is expected to handle 441,000 mt of fuel per year, serving 744 ships annually.

The development of the terminal is likely to support increased use of the Northern Sea Route, which can reduce travel time between Europe and Asia by as much as 40%.