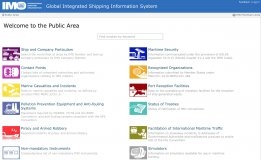 Even though bunker suppliers have no requirement to check whether a vessel is permitted to lift HSFO after the global 0.50% sulfur cap comes into force on January 1, they have tools available to them to do so.

As noted by IBIA in a recent post on its website, the MARPOL Annex VI module in IMO's Global Integrated Shipping Information System (GISIS) has details on the ships that are fitted with scrubbers, or have a valid exemption to the rules in order to conduct trials.

"The regulation is clear. It requires bunker suppliers, if asked to provide fuel exceeding the 0.50% sulphur limit, to do so only on the basis of receiving a notification from the buyer that the fuel is intended to be used compliantly. There is no requirement on the supplier to check if this is the case – only to obtain a 'notification'," IBIA director Unni Einemo says.

"Bunker suppliers could, however, play a more active role in ensuring only ships with scrubbers, or a valid exemption to conduct trials, will receive high sulphur fuel oil (HSFO)."

Vessels may also need to lift HSFO after January 1 in genuine cases of non-availability of compliant fuel, although as has been discussed at length in these pages, the FONARs issued in such instances are not an exemption from the rules.

Authorities are, however, not expected to penalize ships that receive FONARs, a position also supported by experience gained from ECA enforcement.

The firm was founded in 2009 with a focus on the dry cargo markets serving the steel, power and cement industries.