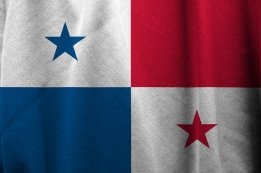 Terpel has been active in Panama for more than 40 years. File Image / Pixabay

The firm will offer VLSFO and MGO deliveries by barge at the port, sister firm Copec Marine Fuels said in an emailed statement on Thursday.

Terpel supplies bunkers at ports across Panama, historically mostly by truck. The firm has been active in the country for more than 40 years.

A MAN spokesman tells Ship & Bunker the fuel supply system in combination with the ME-GI engine will result in 'negligible' methane slip.