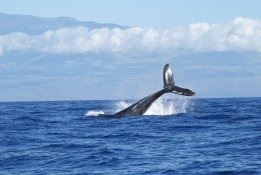 The Canadian branch of World Wildlife Fund (WWF-Canada) has added its voice to the ongoing debate on the use of marine scrubbers, saying it supports eliminating the use of open-loop scrubbers and/or discharge from hybrid scrubbers in Canadian waters, especially in "marine protected areas and critical habitats".

The comments came alongside the release of a study looking at washwater discharge off the coast of BC in 2017, and specifically into the habitat of BC's resident killer whales (RKW), some of which are listed by authorities as endangered.

While the report offered no new insights into the impact of scrubber washwater discharge, WWF-Canada's position referenced several existing studies highlighting concerns over the potential for washwater to negatively effect marine life and the marine food chain.

The study also quantified the amount of washwater discharged within RKW's habitat during 2017 at about 3.5 million tonnes and said this would likely grow as more vessels adopt the technology in response to the upcoming IMO2020 rule. However, it did not discuss how this would translate into concentration levels of any contaminants.

"RKW washwater exposure could be better estimated by feeding the washwater discharge location data into a water dispersion mode," it said.

"Additional research on the impacts of scrubber washwater discharges on the food web is warranted, particularly on Chinook salmon, the RKWs main food source."

The group also supports a complete ban on the use of HFO due to the negative effects on the environment in the event of a spill, and sees the use of scrubbers as unnecessarily prolonging the use of the HFO.

As the study notes, the use of scrubbers is rising in response to the upcoming IMO2020 rule and is proving to be a polarizing issue for the industry, with advocates of the technology arguing their use has no negative impact on the marine environment. Both sides of the debate believe they have the science to support their respective positions.

New addition to be operated by CEPSA.

Converting an Open-Loop Scrubber to a Hybrid is 'Simple': Yara Marine

The conversions could be done without the need for dry-docking.

The lack of new orders may tighten the freight market.