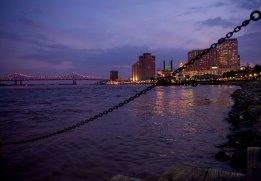 As well as operating as a bunker supplier on the US Gulf Coast, Savage also uses its fleet to transport petrochemicals, refined products and crude oil along inland waterways in the region.

"Savage's ship bunkering business in New Orleans is an ideal expansion of Kirby's existing bunkering operations in Texas and Florida, and gives Kirby the ability to service bunker customers in this important Gulf Coast port," David Grzebinski, CEO of Kirby Corporation, said in a statement.

VIEWPOINT: Total's Move Away From Fuel Oil May Unnerve Shipowners With Scrubbers