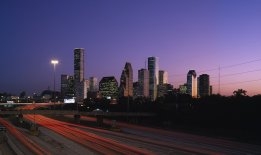 The new hire is based in Houston. File Image / Pixabay

Tanker company TORM Has hired a new bunker purchase manager in the US from Scorpio Group.

Sergi Calls has joined the firm as bunker purchase manager in Houston as of this month, he said in an update to his LinkedIn profile on Thursday.

Calls was previously a bunker trader for Scorpio Group from June 2020 to last month, and had earlier served as a junior bunker broker for Cockett Group in Florida.

TORM has a fleet of about 80 tankers ranging from 45,000 to 115,000 DWT in size and specialising in transporting clean petroleum products around the world, according to the company's website.

Bunker Holding to Establish US Gulf/Panama Sourcing Desk in Houston

The desk will cover the US Gulf and Panama.

A total of 15 vessels took on shore power at the port in 42 operations since the connection went live at Southampton's Horizon and Mayflower cruise terminals in April.