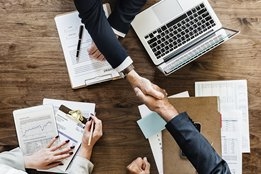 Aegean in a deal with Mercuria. File Image / Pixabay

The agreement paves the way for Aegean to get "immediate credit support from Mercuria", Aegean chairman and independent board director Donald Moore said.

It provides on Mercuria's side for a "$1 billion trade finance facility" to lend support to Aegean's existing US and global revolving credit facilities. With the trade finance deal complete, Mercuria will be issued with new shares equal to 30% of common stock.

Mercuria will also provide a liquidity boost of $30 million to "adding flexibility to Aegean's operations". In addition, the commodities group will have representation at board level.

The agreement envisages a global strategic partnership developing between the two firms covering activities including operational services, trading and hedging arrangements and other support provided by Mercuria to Aegean, the statement said.

And it added: "Mercuria has the exclusive right to complete the trade finance facility by August 15, 2018, and to pursue the strategic partnership transaction until January 31, 2019, subject to specified exceptions and termination events."

Aegean floated on the New York Stock Exchange in 2006. But a gradual weakening of its share price sowed seeds of discontent among its shareholders, particularly in the United States.

In 2017, the company's profitability also began to falter. But with its established global physical supply operation and substantial bunker barge fleet, Aegean is seen as a strong player in the bunker space.

Shareholder disquiet focused on the company's corporate management and, in particular, an acquistion which would have seen Dimitris Melisanidis returning to the heart of the company he founded. The acquisition was shelved and new appointments made to the company's board of directors giving US shareholders a direct say in how the company is run.

However, Aegean recently disclosed a $200 million hole in its finances from what it said may have been improper transactions while the company has yet to file its annual accounts for 2017.

While spectre of further lockdowns loom, even cautious OPEC is raising its demand estimates for Q1 2022

The firm's in-house bunker and lubricant analysis laboratory will now use its new Bunker Hub system to hold its data.