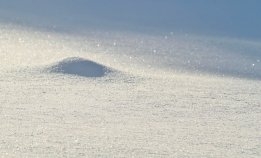 Texan snow: not seen for a generation.  File Image / Pixabay.

Ships wanting to load bunkers from the US Gulf Coast over the next few days may have to rely on best efforts only.

Citing market sources, price reporting agency SP Global Platts said that with the port of Houston "in total" disarray, for bunkers "the next five to seven days are going to be efforts only".

Freezing cold weather in the region prompted a collapse in supply in Texas with some terminals and refineries forced to close.

Although refineries are returning to operations this week, Reuters reported that output remains down as some plants are only partially operational.

The disruption followed the lowest freezing temperatures in a generation, the report said.

The company has acquired an 80,000 DWT product tanker to act as floating storage offshore Djibouti.

Which becomes an import terminal for oil products.