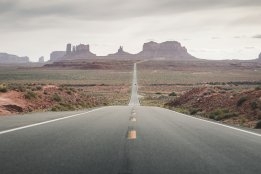 Emulsion fuel producer Quadrise is nearing the end of the testing phase of production from one of its MSAR systems in Utah.

The firm has now received samples from one of its units run by Greenfield Energy in Utah, it said in a statement on its website this week.

Greenfield Energy is an oil sands extraction company based in Utah. The near completion of the testing phase of MSAR fuels from the site means commercial production of the fuels may be imminent.

"An extensive programme of testing on the sample received will now commence at QRF, which we expect to complete by the end of August 2021," the company said.

"The ability to produce commercial MSAR® and/or bioMSAR™ fuels from the produced oil will be informed by the outcome of this testing programme, together with the confirmation of the suitability of the produced oil (via external laboratory assay) for the potential power and marine end-user markets."

The firm is increasingly gearing its MSAR fuel production process towards the biofuel bunker market.

Meanwhile, OPEC brags about keeping control of the crude market.