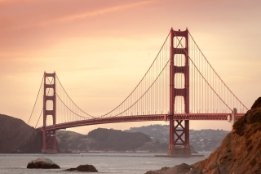 Hailed as a "major acquisition", the deal will see Centerline acquire Foss's six bunker barges along with its established customer contracts in the California market.

The pair will work together to provide continuity of services during the ownership transition, it added.

"As one of the largest bunkering operators in the United States, we are excited about the synergies
this acquisition will deliver to our customers," said Matt Godden, President and CEO of Centerline
Logistics.

"With Foss's California bunker barges joining Centerline's fleet, we will be in an even stronger
position to provide our full suite of industry-leading maritime refueling services -- from small vessels to the world's largest ships."

In total, eight ship assist tugs in California and the Pacific Northwest currently operated under the Millennium and Starlight brands will join the Saltchuk Marine fleet in early 2021, the firm said in its own release on the deal.

And have released the latest version of their Top 10 Bunker Companies report updated for 2021.

The funnel would combine the ability to reduce SOx, NOx and particulate matter emissions with carbon capture and storage technologies.