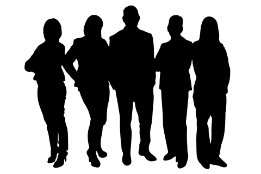 There have been around 10 recent layoffs from the company, according to three sources familiar with the matter.

About five of the layoffs came from the company's UK operation, one of the sources said, with others there furloughed during the COVID-19 pandemic.

A spokesman for WFS did not respond to a request for comment.

Market chatter indicated the move came as a surprise to some in the bunker industry, after the company reported a strong financial performance from its bunkering business in the first quarter.

The company's marine unit posted gross profit for the first quarter of $59.3 million, it said in April, its highest level of marine quarterly gross profit in more than five years, and up by 68% from the same period a year earlier.

The IMO 2020 transition generally worked out well for the larger bunker suppliers, with a spike in very low sulfur fuel oiil prices at the start of the year delivering a sharp jump in margins.

European bunker fuel conglomerate Bunker Holding reported a pre-tax profit of $155.2 million in its financial year to April 30, a record result for the firm.

In a call with analysts in April WFS chief financial officer Ira Birns warned there would be a significant decline in its marine gross profit in the second quarter, but said the marine segment would be its least affected and its results would be generally in line with those from the second quarter of 2019.

"We continue to carefully manage our cash flows to ensure our liquidity position remains as strong as possible throughout this complicated and unpredictable time period," Birns said.

Of course, WFS is not alone in expecting a tough period ahead with bunker demand having previously been estimated to have fallen around 8% in the wake of COVID-19 measures.

With some suggesting the drop is now much larger than this, it raises the question as to whether we are now entering a period of industry-wide layoffs.