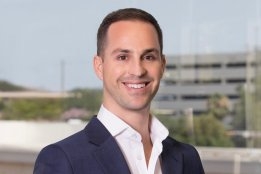 Dan-Bunkering (America) Inc. has announced the appointment of a new trader at its offices in Houston.

William Cline was recently promoted to Team Leader Offshore Division. William was hired as Bunker Trader back in 2014 and has since his employment demonstrated excellent skills, especially within the offshore sector where he has been one of the key contributors to Dan-Bunkering's growth within this particular market. As the company has clear intentions of further positioning its presence in the sector, a promotion of William and thereby a strengthening of the management team is well in line with the ambitions of the company.

Originally from South Africa, Clayton is said to have more than 10 years' experience within the oil and gas industry.

He will be supporting William Cline, who was recently promoted to Team Leader Offshore Division.

"Up to now, we haven't seen a severe drop in demand."