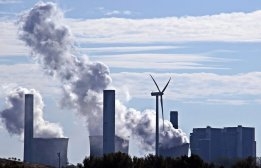 Japan is planing to expand its use of ammonia fuel to 3 million metric tonnes (mt) a year by the end of the decade.

Co-firing technology at coal-fired power plants and developing a market and supply chain for the fuel form part of the plan, according to commodity price reporting agency Argus Media.

A roadmap drafted by the country's trade and industry ministry sketches how to boost ammonia use as fuel for power generation and for ships.

Under the plan, alternative fuels such as hydrogen and ammonia could make up around 10% of the country's power usage, the report said.

Japan's domestic demand for ammonia stands at around 1 million mt a year for nitrogen feedstock and industrial use with domestic supply accounting for around 80% of total demand, it added.

The companies expect to save more than $23 million in annual costs after merging.

The company had previously announced plans to convert the benchmark into an assessment of crude deliveries in Rotterdam from June 2022, including US crude grade WTI.