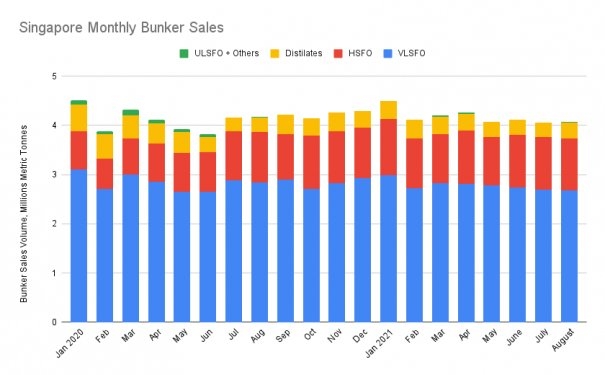 Singapore's bunker sales have slowed since the strength seen at the start of 2021. Image Credit: Ship & Bunker / Data Credit: MPA

The city-state's total demand fell to 4.1 million mt in August, according to preliminary data from the Maritime and Port Authority, down by 2.3% from the same month a year earlier but up by 0.2% from July's level.

The average stem size last month was about 1,276 mt.

The yearly decline is from a period in 2020 when shipping activity in Asia was returning to normal after the worst of the COVID-19 pandemic's impact. August 2020's sales level was the highest since March of that year, and sales continued to climb until October.

There were 3,191 vessel calls for bunkers in August, 3.1% lower than the level seen a month earlier. That left the average stem size last month at about 1,276 mt, compared with the 12-month average of 1,245 mt. 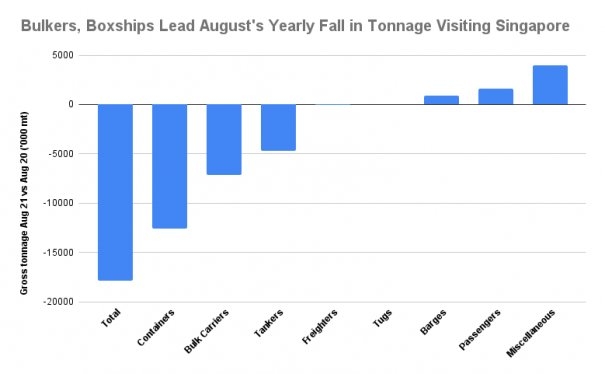 The total gross tonnage visiting Singapore dropped by 7.3% on the year to 226 million mt. This decline was led by the container segment, which lost 12.6 million mt, and by a 7.1 million mt drop in bulker tonnage.