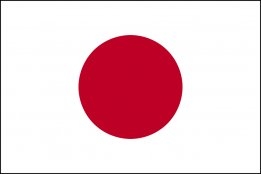 The ship broke apart off the north of Japan on Wednesday. File Image / Pixabay

An oil spill from a bulk carrier that broke apart after being grounded off the north of Japan on Wednesday has now reached the country's coast.

The Panama-flagged 39,910 DWT bulker the Crimson Polaris ran aground on Wednesday morning in Hachinohe harbour.

The ships was carrying about 1,550 mt of fuel oil and 130 mt of MDO, charterer NYK said in a statement on its website late on Thursday.

"The amount of oil that has been spilled into the ocean has not been identified," NYK said in the statement.

"In addition, as soon as oil is confirmed to have drifted to the coast, oil recovery companies are prepared to perform beach cleaning."

Oil Down As Gulf Output Recovers, But There's Still Room For Growth: Experts

Ammonia among the most promising of candidates as a future marine fuel, says SHI's Youngkyu Ahn.