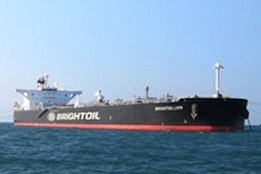 Brightoil Petroleum is poised to sell its bunkering unit as part of plans to restructure its business and resume trading in its shares.

In a recent update, the firm said it had submitted a resumption plan to the Stock Exchange that included the disposal of its so-called international oil trading and bunkering (IOTB) business.

"The Company has signed the sale and purchase agreement regarding the disposal of the [IOTB] and the relevant draft announcement has been submitted to the Stock Exchange for review," it wrote.

"The Company will make further announcement regarding a feasible timetable for its fulfilment of the Resumption Conditions and disposal of the [IOTB] as soon as they are available."

Brightoil has been a well-known participant in the bunker industry, particularly in Singapore where at one time it ranked as the port's second largest supplier by volume.

The company also had a notable operation at China's Zhoushan port, a location it it once saw the potential for significant growth.

Brightoil was also one of the few players making waves in digital bunkering space via its Brightoil Online "bunker e-commerce" platform.

However, its bunker business has effectively been at a standstill after financial difficulties saw its entire fleet of bunker tankers in Singapore arrested at the end of 2018 and subsequently sold off at auction.

It officially exited the market as a bunker supplier there earlier this month.

Heavy distillate and residue stocks in Fujairah dropped by 9% to 15.001 million barrels in the week to Monday.