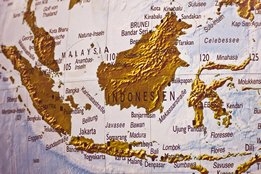 Indonesia says it will not enforce the upcoming IMO2020 rule for its domestic fleet operating within territorial waters.

Officials this week reasoned that the cost of complaint fuel will be too high.

"That will affect the logistics costs and prices of goods," an official with the Indonesian Ministry of Transportation was quoted by Reuters as saying.

"We always put forward national interest as consideration in making the decision."

However, Indonesian flagged vessels plying international routes would still be expected to comply with the new rules, they added.

The global sulfur cap for marine fuel falls to 0.50% from January 1, 2020. In practice this means vessels not fitted with a scrubber and able to achieve an equivalent method of compliance will have to switch to buying more expensive distillate or VLSFO bunkers.

Early indications from suppliers suggest at present the IMO2020 complaint fuels in Singapore - the region and world's biggest bunkering hub - are between $125 and $150/mt more expensive than the HSFO they are currently using.

Officials gave no indication as to how long the exemption would be granted, only that it would be in place until the domestic supply of low-sulfur fuels improves.

Like all signatories to MARPOL Annex VI, Indonesia is expected to enforce the new rule without exceptions.

How Much Has IMO2020 Raised Bunker Prices?