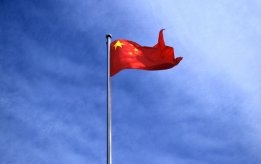 China is set to attempt a further expansion of its bunkering ports' share of the global marine fuels market this year with another increase in LSFO export quotas.

China's government has issued 6.5 million mt of LSFO export quotas for the start of this year, news agency Reuters cited industry sources as saying on Tuesday, compared with the 5 million mt issued in 2021's first batch.

The move is likely to keep VLSFO prices at Chinese ports -- Zhoushan in particular -- competitive with other ports in the region this year, supporting China's aim of increasing bunker sales.

Bunker sales at Zhoushan grew by 16% in the first nine months of 2021 compared with the same period a year earlier, according to Ship & Bunker and BLUE Insight's quarterly volumes survey, having also grown by 15% between 2019 and 2020.

As much as 140,170 mt of fuel has been contaminated, but no new ships having suffered serious damage have been identified since the end of March.