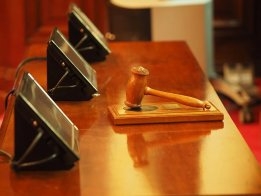 A nine-strong group involved in a mass flow meter (MFM) scam and comprising three ring leaders and six cargo officers have been convicted under the Computer Misuse Act, the Maritime and Port Authority of Singapore has said.

The magnet caused the MFM to register more fuel than was actually being delivered so that the saved fuel could be appropriated. In this way, $336,930 was netted by the gang.

The cargo officers were on a monthly commission while the fuel supplier paid the three running the scam.

"The authorities take a serious view of such criminal activities and will not hesitate to take firm action against those who commit offences that undermine Singapore's international reputation as a trusted shipping and bunkering hub," the MPA said.

Evidence of the malpractice was first uncovered by bunker surveyor Petro Inspect and published by Ship & Bunker in March 2019.

MFM driver coils work via the magnetic induction of an electronic signal.  Most MFM components including its casements are nonmagnetic.  The magnet was attached by duct tape.