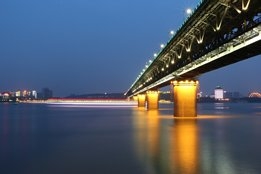 All ports in the Yangtze River Delta, China, have come under the 0.5% sulfur cap rule for bunker fuel. File Image / Pixabay.

As of September 1, 2017, all ports in the Yangtze River Delta, China, have come under the 0.5% sulfur cap rule for bunker fuel which is already in place in some ports in the region.

The move by the Chinese authorities extends the cap to cover Nanjing, Hangzhou and Taizhou.

The area's main ports of Shanghai, Suzhou, Nantong and Ningbo-Zhousha where ships at berth must burn bunker fuel of 0.5% sulfur or switch to shore power already operate the scheme.

The extension was to be implemented from January 1 but the authorities brought it forward by four months to "further facilitate" the government's green shipping and emission reduction efforts, maritime news provider Lloyds List reported citing the ministry of transport.

The central Chinese province of Hubei has approved an action plan to reduce pollution along the Yangtze, which is China's longest river.

In addition, the Chinese government is looking to create a nationwide emissions permit system to cover all major industrial sectors by 2020.

As Ship & Bunker previously reported, China announced at the end of 2015 it would implement Asia's first ECA's.

Oil Up Again On OPEC Disappointment As $150 Prices Are Forecast

Meanwhile, Western Canadian Select takes a nosedive due to Russia.