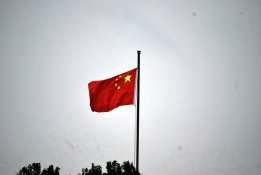 Bunker demand at the Chinese port of Zhoushan is set to receive a boost with two major iron ore producers expanding their operations in the area.

Vale and Rio Tinto have both expanded their operations in the area this week, according to price reporting agency Argus Media.

Vale has opened its first ore grinding centre in China at the port, while Rio Tinto has launched ore blending and port-side spot sales there, Argus reported Thursday.

The move comes as Zhoushan is starting to take greater bunker market share in the region on the back of increased Chinese very low sulfur fuel oil production.

Tax changes in China this year have prompted a sharp increase in domestic VLSFO production, helping to cut Zhoushan's reliance on imported bunkers and reduce prices.

VLSFO delivered in Zhoushan was at a $4/mt discount to Singapore's levels on Wednesday, according to Ship & Bunker pricing, compared with premiums of as much as $69.50/mt in January.

The barge has 18,600 m3 of LNG carrying capacity, is owned by Mitsui OSK Lines subsidiary Emerald Green Maritime and will be chartered by Total Marine Fuels Global Solutions.