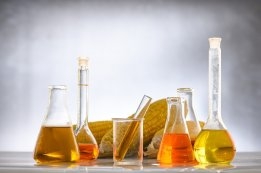 South Korean biofuel maker SK Chemicals has started tests on blending its biodiesel with petroleum-based fuels to create low-sulphur marine oil that will comply with the IMO2020 rule on bunker fuel.

The company is also considering increasing its biofuels output by 50% as it eyes the emerging new marine fuels market, An Jung-bum, head of the company's energy & petrochemical business, was cited as saying by Reuters.

"We see there will be great needs for marine biofuels because they are sulphur-free and that gives an edge to biofuels," the executive was quoted as saying.

Biofuels can be used to increase the lubricity of new marine fuels, replacing sulphur as the lubricant, An said, adding that he would like to see clear guidelines and legislation about marine biofuels' properties, such as viscosity, to better prepare for the new patterns of demand.

SK Chemicals can produce 500,000 kilolitres per year of biodiesel and biofuel oil, currently mainly used for fuel blending for domestic transportation and power generation.  The company primarily uses palm fatty acid distillate, a non-edible palm-oil, as a feedstock from Indonesia and Malaysia.

The firm's new ship the Hercules Star arrived in Gibraltar on Monday from the Dayang Shipyard in China.

Meanwhile, events in Norway and India could worsen tightness.

Location, ease of doing business and access to professional maritime services all counting in the port's favour.